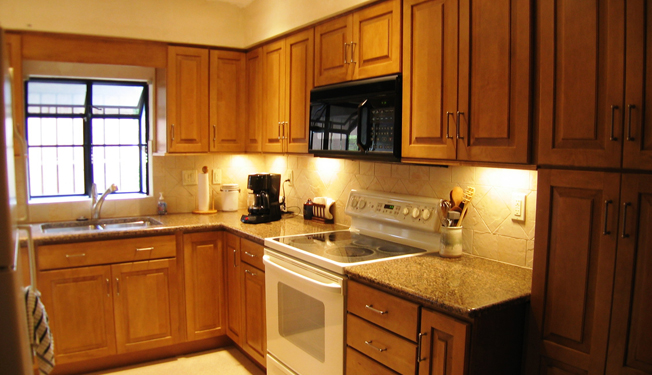 Duncan’s Creative Kitchens got its start in 1962 as the kitchen department of Duncan Hardware, owned by J.C. Duncan, Sr. in Bedford, Indiana.

In 1973, J.C.’s son, Bill, spun-off the kitchen design business from his parents’ hardware store as Duncan’s Custom Kitchens.  Later, in 1984, he relocated to Florida, where he worked for other kitchen design firms. Eventually, Bill decided to launch Duncan’s Creative Kitchens in Bradenton, Florida in 1987.

Though he had been involved with the business since 2nd grade, Bill’s son, Scott, officially joined the family business in 1993. Scott quickly became the principle designer realizing he would make a better designer than installer. Graduating from Indiana University in 1992, Scott earned his Interior Design license from the State of Florida in 1998 (# ID0004131).

Upon Bill’s retirement in 2000, Scott became the third generation of Duncans to lead the family business.  Scott has also taken an active role in the Central Florida Chapter of National Kitchen & Bath Association (NKBA). He served on the executive committee of the NKBA from 1995 to 2008.

Duncan’s Creative Kitchens specializes in kitchens and baths, but also designs home offices, entertainment centers, closets, libraries, media rooms, and anywhere else your imagination can envision cabinetry.  Our Stressless Remodeling Program ™ is our exclusive approach to design that minimizes the headaches and worries associated with any major construction project. Within a matter of a few weeks, your dream kitchen could become a reality.

Our design studio is located at 5765 Manatee Avenue West, in Palma Sola Square. You’ll find a full assortment of cabinetry, counter tops, and hardware for your home remodeling projects. Our helpful and knowledgeable design staff can guide you along the way.

While you’re there, ask for a copy of our Reference Book. It will list nearly all of our clients since 1987. Browse through it. You’ll be surprised at how many of your neighbors and friends have become satisfied clients, some even completing more than one project with Duncan’s Creative Kitchens.

It was an experience made pleasant by your honesty and follow thru.